Our family has been raising free-range, antibiotic-free turkeys since 1939.

Our family has been raising free-range, antibiotic-free turkeys since 1939.

Dale Peterson arrived in Cannon Falls in 1939 ready to do what he loved – grow free-range turkeys.  Having studied poultry science in college, Dale was looking for a location ideally suited for his turkey farm. He found that land in the rolling hills of the Little Cannon River Valley – land we still call home today. Shortly after, Dale married Fern, and together they fostered a family farm that still proudly bears their name.

Our farm is now managed by our second and third generations. Fern and Dale’s son, Dick, and his wife, Jane, returned to the farm in the 1970s to continue the family’s tradition. In 2008, Dick and Jane’s son, John, and his wife, Erica, joined them and began direct marketing our turkey under the Ferndale Market label.

Learn more about our farm’s three generations below. 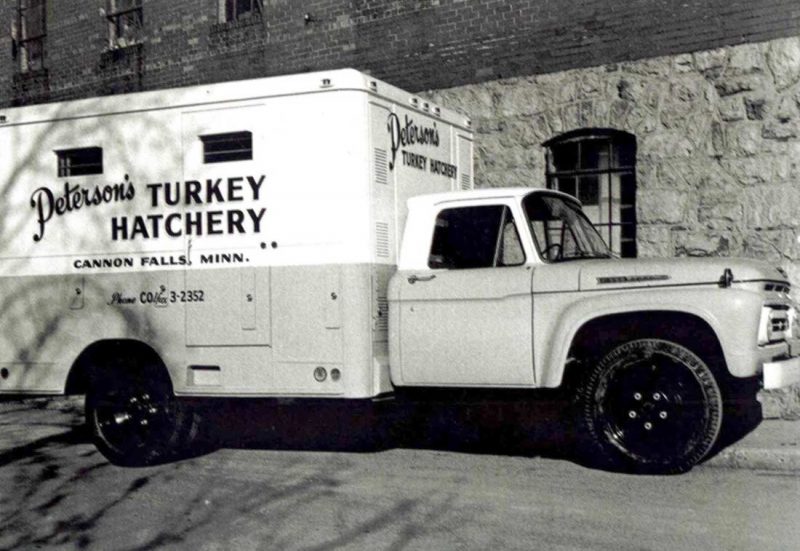 Our delivery truck for day-old poults. 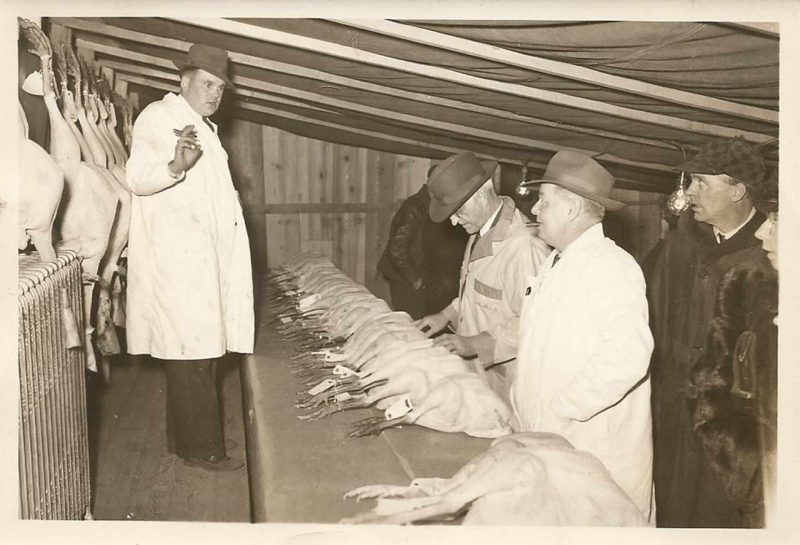 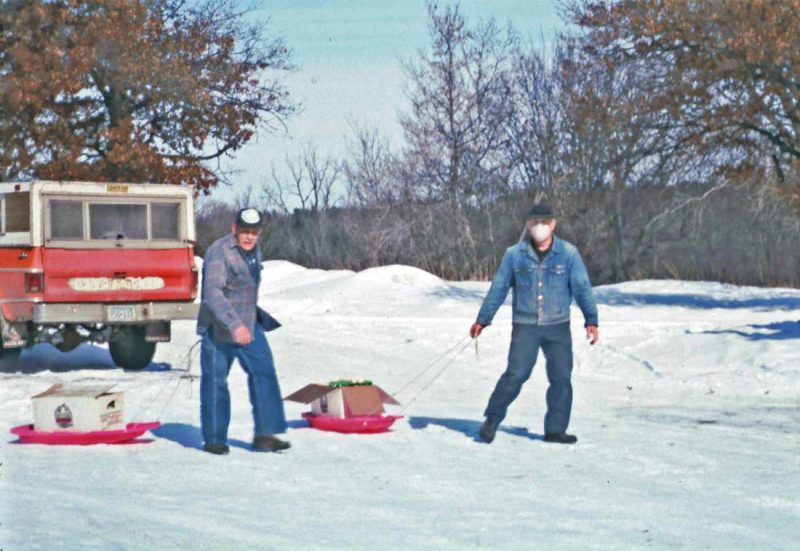 Moving eggs to the incubator on a cold winter day. 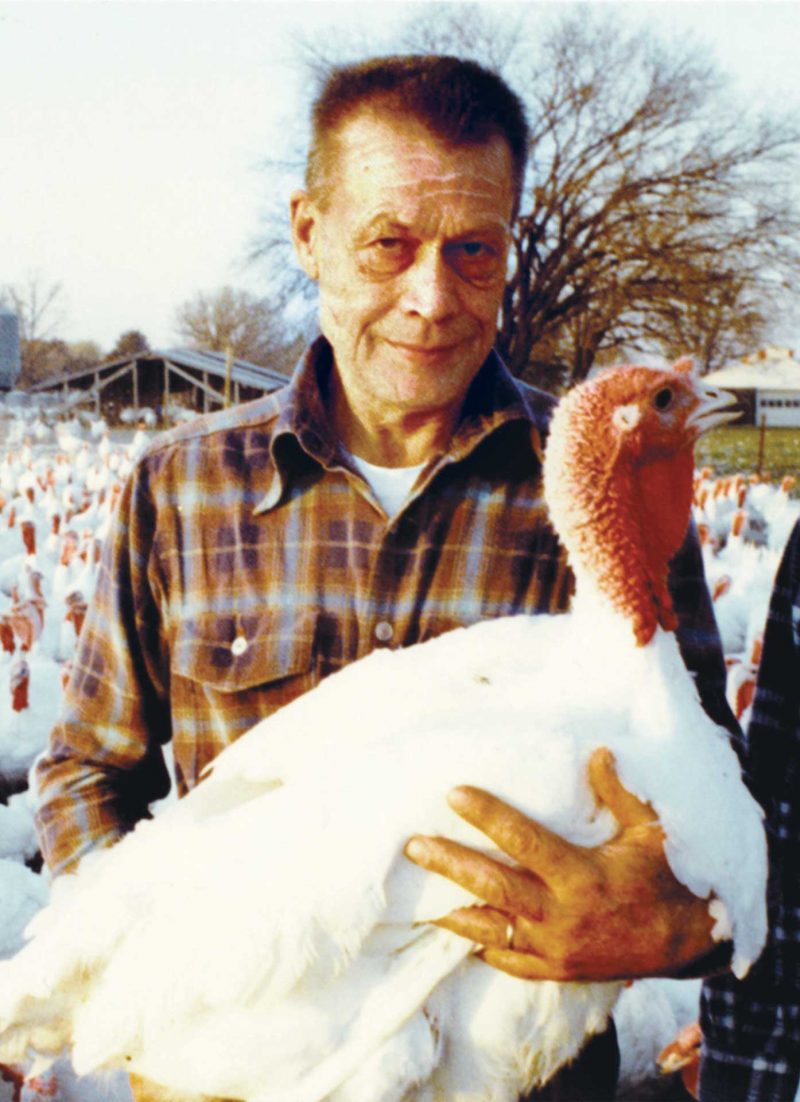 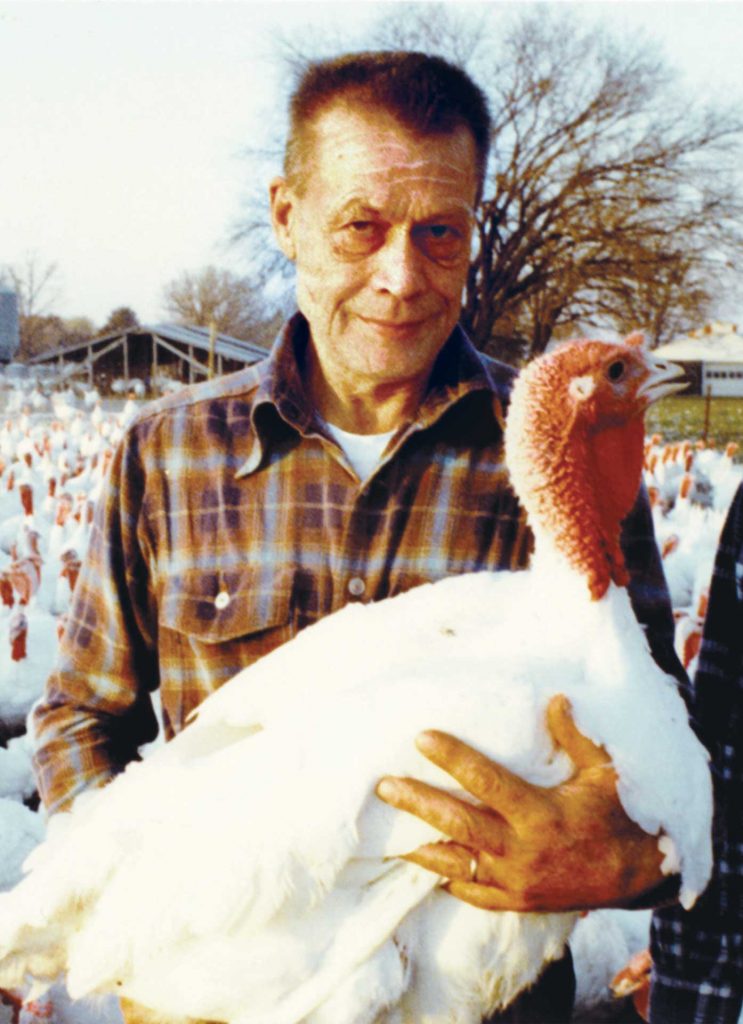 Dale loved raising turkeys. He’d grown up in rural North Dakota and studied Poultry Science at NDSU. After farming with a friend for a couple of years after graduation, Dale purchased our farm, becoming part of the first wave of turkey farmers to Minnesota. In that era, he grew turkeys much like everybody else – seasonally and outdoors. Avid about the science of hatching baby turkeys, Dale spent countless hours working with his laying hens, refining his process of hatching healthy poults, and delivering these day-old turkeys to area farms.

Dale was known for his work ethic. The care of his turkeys was always his top priority, and his mood hinged on his birds. If the turkeys weren’t feeling well, neither was Dale. Together with his wife, Fern, Dale devoted his life’s work to this farm and his turkeys. 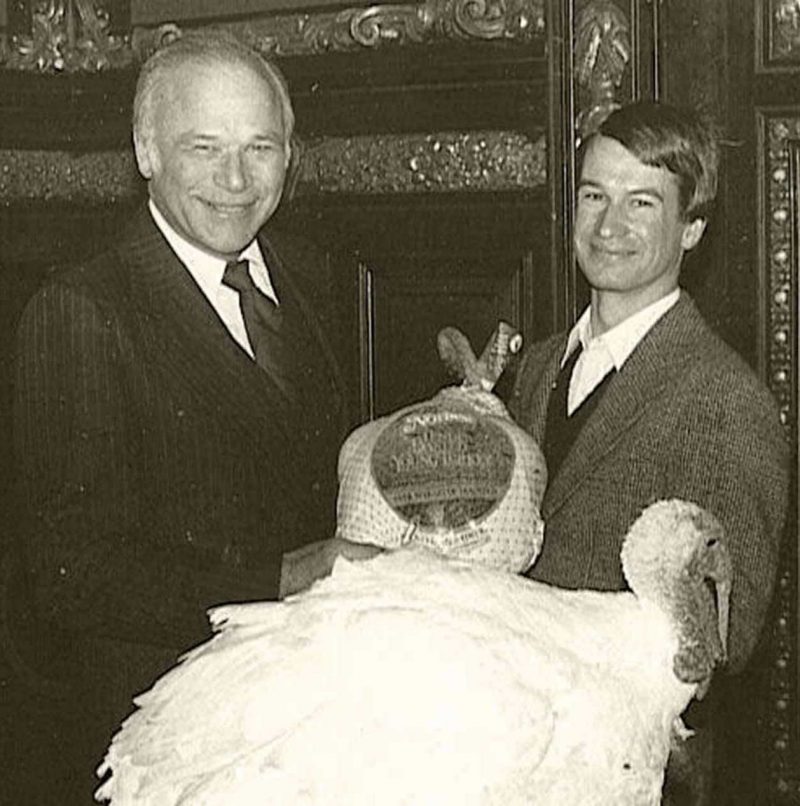 Though he is the second generation of the Peterson family to raise turkeys on our farm, Dick did not grow up envisioning himself as a turkey farmer. He went to St. Olaf College and planned to pursue other ventures after college. Upon graduating, he returned to the farm to help with some odd jobs and discovered he enjoyed the work.

The life of a farmer meant that Dick was able to do everything from raising turkeys to bookkeeping to building business relationships. In time, he decided to take on farming full-time and he and his new wife, Jane, moved onto the farm. Dick continued to run the farm after Dale passed away in 1989.

Dick was happy to continue Dale’s business of hatching turkeys for many years. Eventually, though, as more and more family-run hatcheries closed their doors to large-scale competitors, Dick knew it was time to chart a new course. He stopped incubating eggs and focused on raising turkeys to sell directly to a meat processor.

Today Dick continues to run the farming side of the business. While keeping busy with all current demands of a free-range, antibiotic-free turkey farm, Dick also works to mentor new partner farmers – paving the way for Ferndale Market’s future. 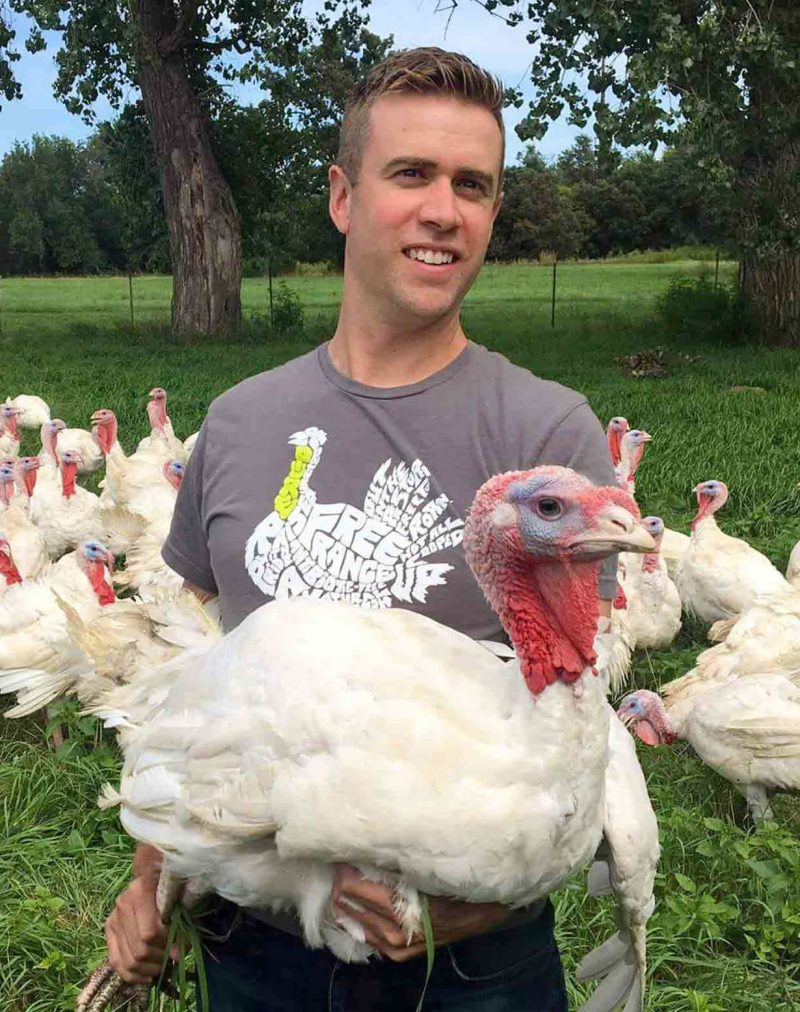 Some of John Peterson’s earliest childhood memories are of the evenings he spent helping his grandfather, Dale, corral turkeys back into the barn for the night. Growing up, he spent much of his time out with the birds and in seventh grade he was officially hired on as a farmhand.

During this time, much of the farm’s focus was still on hatching poults so John’s primary job was to “pick eggs”. This meant that every hour he would go into the barns and fields, collect the eggs the hens had laid in that time, clean them, and then bring them to the hatchery for incubation. John worked on the farm until he left home to attend college at Augustana University in 1999.

He studied Business & Communications and accepted a job in Admissions at his alma mater after graduating. Over the next few years, he and his wife, Erica, became more and more interested in food, who grows it, and how it gets to our dinner tables. In 2008, it became clear to John that he could combine his passion for business, partnerships, and food by returning to his family’s farm and helping transition to direct marketing, something their family had never done before.

John began talking with his parents about the idea and soon they made plans to open an on-farm store focused on locally grown and produced foods. Along with selling the family’s turkey directly on the farm, John aimed to wholesale it to other natural food stores throughout the Midwest.

Eleven years later, Ferndale Market turkey is carried in more than 75 retail stores, as well as numerous restaurants and cafeterias. This success has allowed the Petersons to work with additional local family farms, many helmed by other young farmers. These partnerships provide the opportunity to create stable futures for other families in agriculture. By raising birds out on grass and without the use of antibiotics, the Peterson family is excited to inspire a different pathway – for farming and our food.

Learn more about our raising practices, products, and farm.