Tom Ruhland was enticed, like many Midwesterners, with the promise of easy riches if he were to have a coveted food concession stand at the Minnesota State Fair. He began experimenting with puff pastry as a hobby while he worked as a teacher.

“This was, quite honestly, kind of a side gig for me,” Tom recalls. “I used to paint houses in the summer time as additional income and I thought ‘I would rather be in the food business’ because I was always kind of a foodie. So I started playing around with puff pastry, which morphed into strudel.”

Tom has German ancestry, but his grandma never passed her cooking knowledge down to him. His strudel recipe evolved from trial-and-error and uninhibited creativity. “On some of our t-shirts it says ‘soon to be an old family recipe’,” laughs Tom.

Around 7 years after the experimenting began he had a successful Apple Strudel and Tom and his brother were ready to hit the road in their concession trailer. They worked at events, fairs, and festivals until his brother decided he would enjoy spending the weekend at home instead. Tom continued to push forward and decided to jump into strudel making full time. 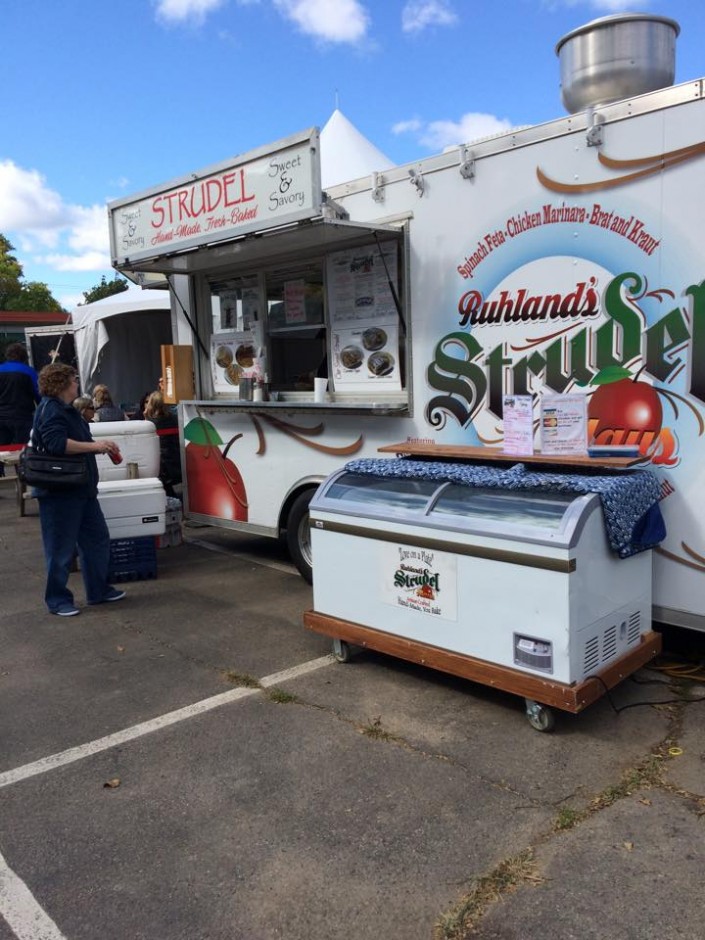 Tom Ruhland takes his strudels on the road with their iconic food truck. You can find their delicious strudels at farmer’s markets, events, and fairs each year.

Ruhland’s Strudel Haus strudels are made in a shared use kitchen in St. Paul, MN. They acquire puff dough from a local producer and make all their fillings from scratch and each strudel is filled and rolled by hand. Tom secures local produce when available. “Because we are in farmers markets, I will often buy staples that we use a lot of, like onions, asparagus, raspberries, spinach and rhubarb. Our apples come from Pepin Heights Orchard down in Lake City. We get our blueberries from Michigan, which is not local but we get them all from American sources,” Tom explains.

Ruhland Strudel Haus’s business continues to grow in all areas of their business from flavors (they have reached 50 kinds of strudel, both sweet and savory!) to concession locations. Tom is excited by the growth, but some avenues are more successful than others. “We do sell in some larger grocery stores, but our product tends to get lost there,” admits Tom. “They might have over 40,000 products that they are putting on the shelves and they don’t know anything about these products because it is not important to them… We do well at smaller markets like Ferndale Market because we have developed a relationship with the owners. The owners have a relationship with their customers and they connect us with them. We do well at smaller family owned markets where they know me, and they know our product and they can speak to it,” Tom acknowledges. 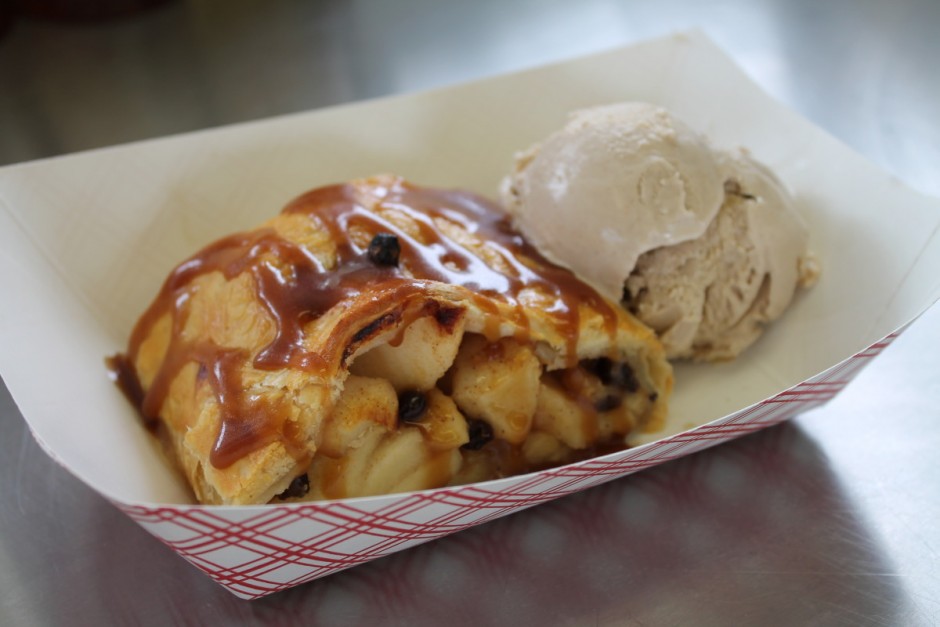 The addition of retail has not detracted from their other venues. “Our business began with a concession trailer where we still develop relationships with our consumer. These relationships are the most important part of our business. We still do the concessions, and of course we still have our trailer… where we sell already made, then we have our retail presence. We also have the fund-raising arm of our company. We have about 12 clients that we work with over the course of the year to help them raise money. They sell it [strudel] at our suggested retail and then 30% of that sale they keep. It is a win-win.”

This fundraising part is one of the real joys of Tom’s company. It allows him to keep connected to his community and to give back. “We like to get involved where we are. We like to be socially conscious. We like to make a social impact, both from a financial perspective and making an impact by employing people and having just wages,” Tom notes. 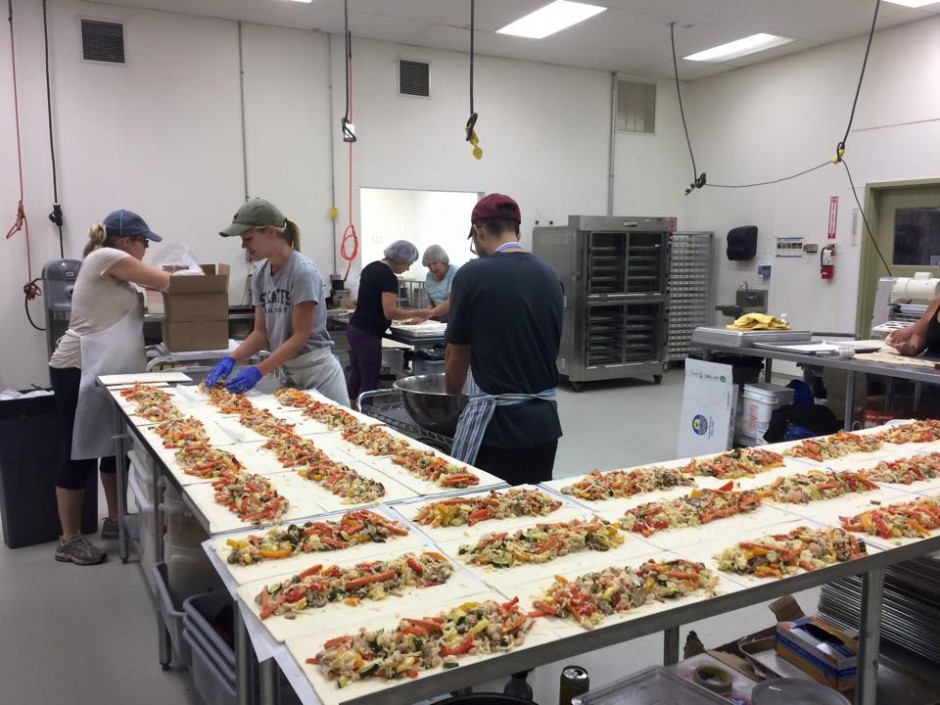 Tom hopes the continued growth will eventually lead to 7-10 full time employees and his own kitchen. He would like to find a partner that could focus on the ins and outs of business so he could focus on his favorite parts of Ruhland’s Strudel Haus: making strudel, creating new flavors, and getting face to face time with customers. The connection between people, food, and stories is one of the reasons Tom is so passionate about food.

“Everything happens around the table, everything meaningful happens around breaking bread with each other,” Tom contests. “Whether you are making strudel or making bread or raising beef in a local pasture, it is all about bringing people together around a table to break bread and share a meal and share a conversation, to build a community.” 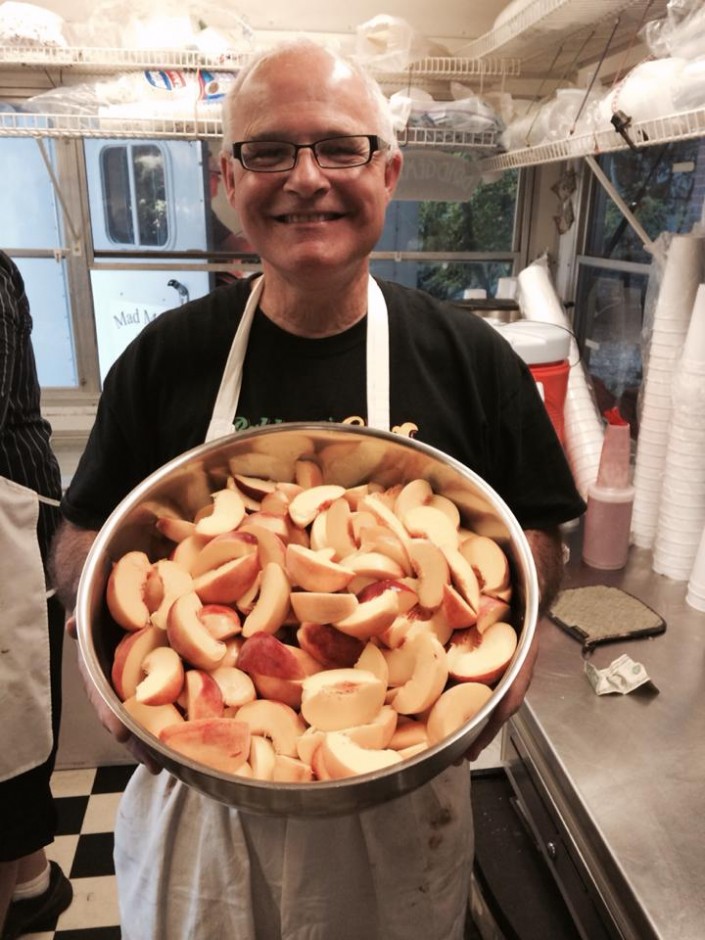 As for the dream of a spot at the Minnesota State Fair? “I am not even interested!” Tom laughs. For him, Ruhland’s Strudel Haus is a huge source of joy, allowing him to create good food and use that food to connect with others.

“The most rewarding thing for me as a food maker is when somebody comes back for more, when they are happy with what I do.”